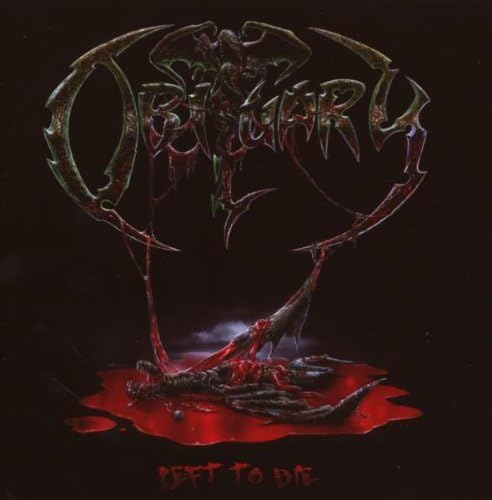 Left to Die is the 2008 extended play album by US Death Metal band Obituary featuring track listing of the songs "Forces Realign", "Dethroned Emperor", "Slowly We Rot" and "Left to Die". Obituary is one of the pioneering bands of the Death Metal genre. The band came from Tampa, Florida, and was founded as Xecutioner in 1985. Shortly before the release of its first album, they changed their name to Obituary. It still remains an influential band of the Florida death metal movement that arose in the late 1980s.