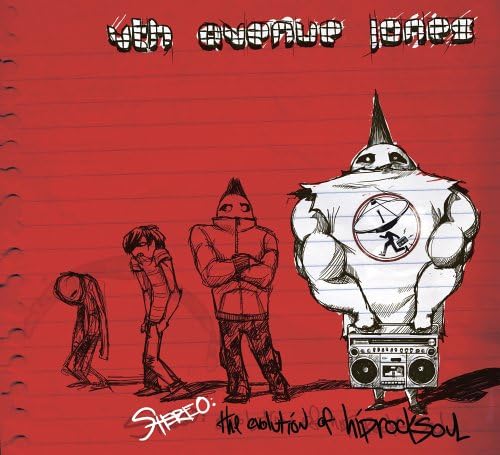 Ahmad Jones, leader of this South Central Los Angeles-based six piece with vaguely Christian origins, isn't lacking for talent. He sings, he produces, and he emcees, all with a bright shiny confidence that led Interscope to come calling in 2002. If there is a danger zone for this act, thoughas evidenced by the pretty good "i"Stereoit's Jones's fearlessness, which borders on recklessness. Taken aside by an old-school uncle in the business, Jones might get an earful about his compulsive genre-twisting: while it's cool, especially on tracks like "Why," in which he draws in each player gradually over a hip-hop 101 beat, it can't always be so indiscriminate. For example, Tena Jones' gorgeous, gospel-tinged vocal on "Who's Watching Me" would have stood stronger without being crashed by Timmy Shakes' Def Leppard-ish guitar, and the feel-good "Stereo" might have worked better as a straight-ahead rock number, no rap required. Sometimes, the brew bubbles just right: "Take Me Away," incorporating all the requisite HipRockSoul elements, does just that, and beautifully. --Tammy La Gorce