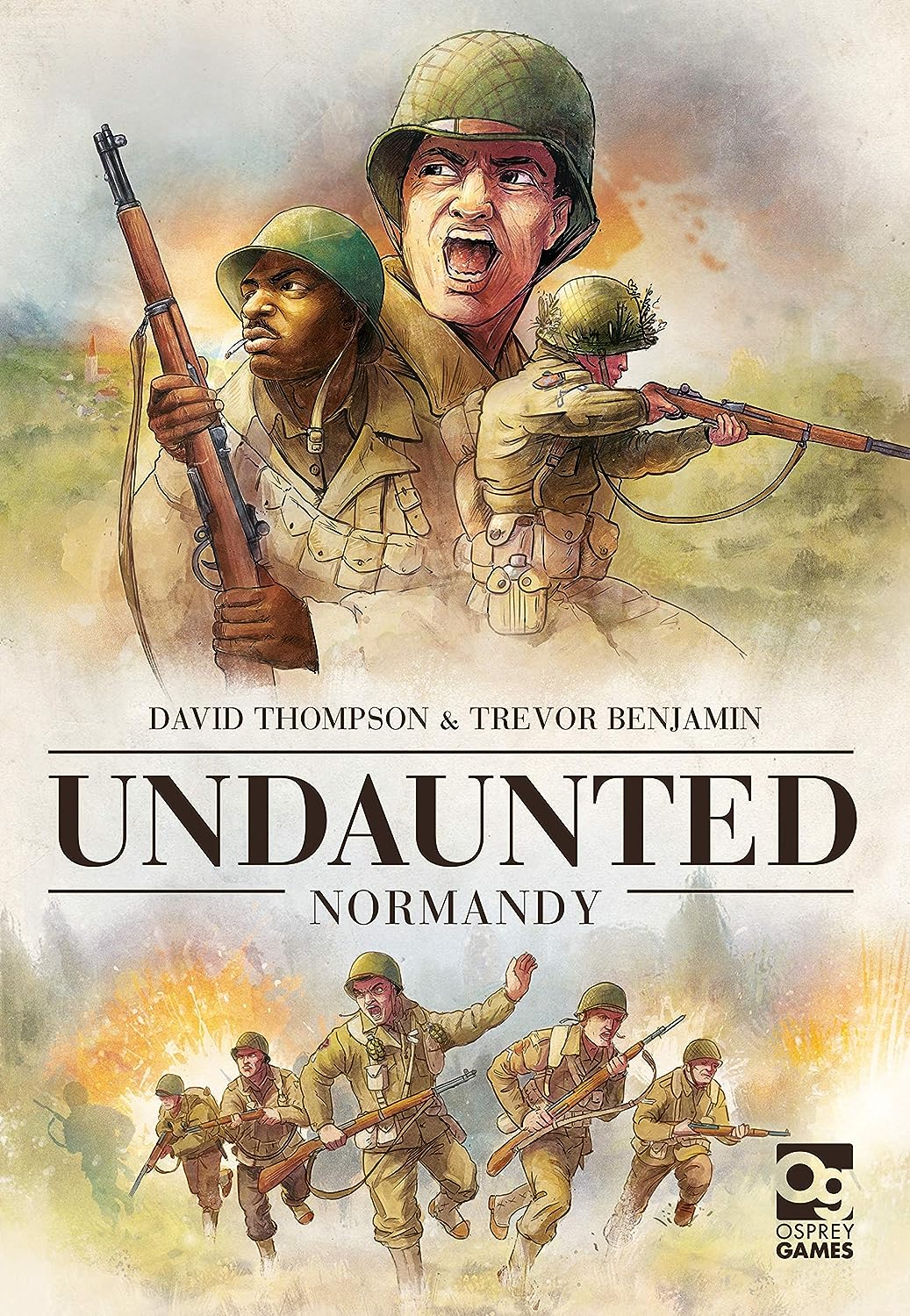 A two-player deck-building war game, pitting players against one another in the European theater of World War II.

June, 1944. Through the D-Day landings, the Allies have seized a foothold on the beaches of Normandy. Now you must lead your troops forward as you push deeper into France and drive the German forces back. You will face intense resistance, machine gun fire, and mortar bombardment, but a great commander can turn the situation to their advantage!

Undaunted: Normandy is a deck-building game that places you and your opponent in command of American or German forces, fighting through a series of missions critical to the outcome of World War II. Use your cards to seize the initiative, bolster your forces, or control your troops on the battlefield. Strong leadership can turn the tide of battle in your favour, but reckless decisions could prove catastrophic, as every casualty you take removes a card from your deck. Take charge amidst the chaos of battle, hold fast in the face of opposition, and remain undaunted.

Undaunted is a brilliantly accomplished design, offering an engrossing WWII wargame in the guise of an approachable deckbuilder. From its immersive campaign to its tight and tense squad-level gameplay, it’s a flying success -- Matt Jarvis ― Tabletop Gaming Magazine

There’s nothing wrong with Undaunted: Normandy. In fact, it’s a game that’s doing everything right! ― The Dice Tower

I really think it's a fun, great system. There's a certain elegance to the gameplay, which is a term that is thrown around a lot but you know darn it this really works here -- Joel Eddy ― Drive Thru Games

The abstraction of infantry combat with deckbuilding is a stroke of genius, leaving a tactically and strategically rich game -- Matt Thrower ― There Will Be Games

For me, this is going to be one of my top games of 2019 ― Rolling Dice amp; Taking Names

This is the perfect marriage of mechanics and theme and fun. This is a fantastic game, I cannot recommend it enough. ― The Discriminating Gamer